A delegation of more than 20 German businessmen and government heavyweights, invited by Xuchang People’s Government, attended the 13th China (Henan) International Investment and Trade Fair in Zhengzhou and the 13th Cultural Week of Three Kingdoms in Xuchang from April 7 to 11.

In Zhengzhou, the German delegation attended the Matchmaking for China (Henan) - Germany Economic and Trade Cooperation 2019. Mr. Rudolf Scharping, Mr. Wolfgang Schuster and Prof. Dr. Ralph Stengler made some remarks to explore cooperation potentials in business, vocational education and other fields. Mr. Javier Molina, president & CEO of Befesa Group, signed an agreement with Mr. Yin Junying, secretary of CPC Chang’ge County Committee. The project, with a total investment of 5,000 dollars, focuses on the recycling and treatment of hazardous residues from steel and aluminium making industry. It is the first wholly foreign-owned project in Xuchang.

[Photo]Matchmaking for China (Henan) - Germany Economic and Trade Cooperation 2019, which was held on April 8 in Zhengzhou.

In Xuchang, the German delegation was divided into several groups to talk about cooperation details and conduct an in-depth communication with local companies, government  and colleges on April 9. The German delegation also attended the Opening Ceremony of the 13th Cultural Week of Three Kingdoms and the City Presentation and Signing Ceremony on April 10. An agreement on recycling and treatment of cooking waste and household waste was signed between ALBA Group and Xuchang People’s Government at the signing ceremony. 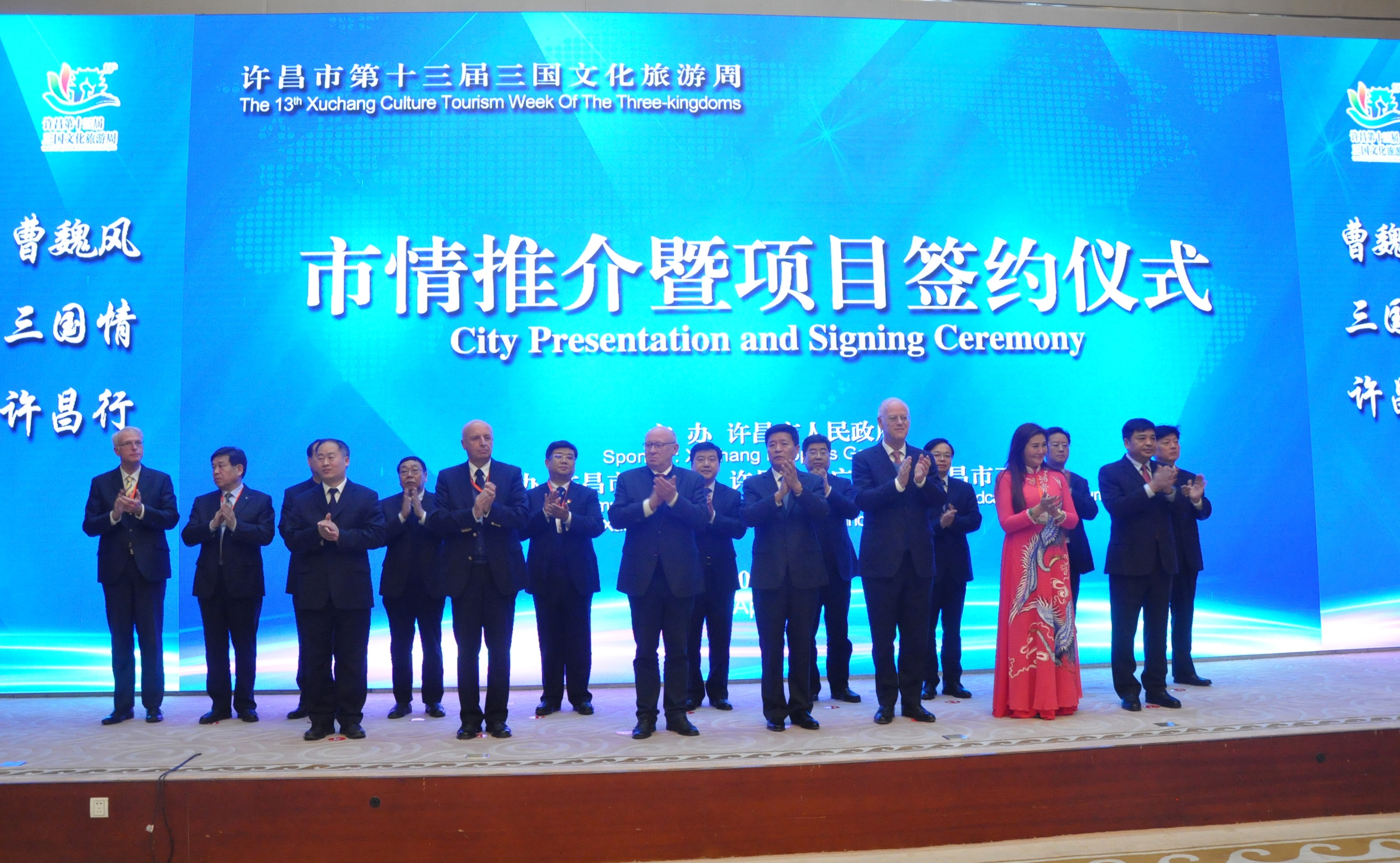 [Photo] The City Presentation and Signing Ceremony, which was held on April 10 in Xuchang.

The 5-day business talk between German delegation and the local companies and government in Xuchang has pushed forward the ongoing cooperation in manufacturing industry, technology transfer, management of industrial park, vocational education, healthcare and old-aged care and other fields.